Please ensure Javascript is enabled for purposes of website accessibility

RWN is a member-driven organization that strives to enhance the professional lives of our members by affording them opportunities to support, empower, and inspire each other through trusted business connections and authentic relationships.

Our vision is to provide an organization where diversity, equity, inclusion, and belonging are part of the fabric of the organization by 2024.

Our mission and vision are the culmination of an adventure nine women embarked on 40 years ago when they saw a need for a women’s networking organization, and they decided to form one. Through the decades, RWN has evolved, taking different forms and benefiting from many leaders, but it all started on a very wintry, very Rochester kind of day…

As legend has it, the network sprang to life over a 1978 luncheon during a Rochester near-blizzard. The first meeting of what was to become RWN was a Cornell-sponsored conference on Women and Money entitled: “Life at the Top and How to Make It There.” At that time, the idea of women functioning independently in any economic sense was a revolutionary concept and the luncheon was offered as a community service program.

Although most of Rochester was closed, and all public events cancelled, this luncheon meeting attracted over 300 women who braved the storm. At that unique event, women met to transform the “old boys’” networking concept into a new woman’s specialty. “We’ll never ask you to sell chocolate bunnies or bake cookies” became an early mantra.

On April 26, 1978, the founding mothers met at the Brass Rail Room of the Top of the Plaza in Rochester to talk about their plans for RWN. To their surprise, others showed up as well–the room designed to seat 100 people was too small to seat all the women determined to have a say. And so Rochester Women’s Network was launched, with B.J. (Weiss) Mann as its first President.

By May of 1979, RWN had more than 383 members. Read more about the history of Rochester Women’s Network. 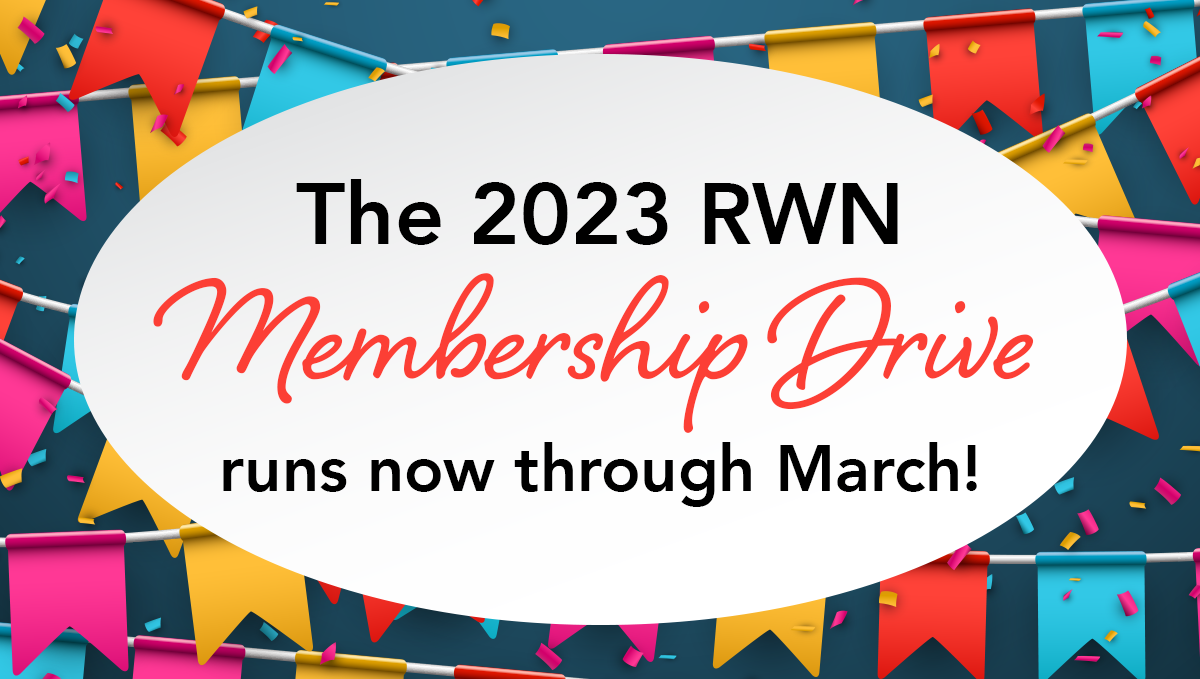 To kick off the New Year, RWN is thrilled to announce our Membership Drive 2023! All through January, February, and March, RWN will host events geared toward introducing our organization to Rochester professionals who are focused on expanding their business and social networks.

Members, refer a friend and it’s a WIN/WIN!

💖IT’S A LOVELY MATCH: RWN members, make it a

Current RWN members, share your love of RWN by ref

Welcome to new member Liz Lehmann, owner of the Bo

Welcome to our new member Liv Morgante, Owner of M

📣RWN members, you won’t want to miss our spec

😮 Can you believe January is almost over?? Ther

Wondering how to take your business to the next le

☃️ RWN MEMBERS: Do your winter goals include n

Connect with your community in 2023! Rochester Wom

We had a great night with our first program of ‘

Calling all current RWN Members! Do you want the c

Happy first day of Kwanzaa! Kwanzaa was reated in

RWN wishes everyone a very Merry Christmas and a H